Multitasking seems like a way to get a lot done. Just like a computer, the brain can have several tabs open. While bouncing back and forth between “open tabs,” it seems like an employee is accomplishing everything. The ability to multitask is a skill that employers seek during the hiring process. Multitaskers are perceived to be intelligent, quick, and efficient.

Although the ability to multitask is viewed as a treasured skill, multitasking is problematic. Our brains are not as flexible in juggling multiple tasks as we would like to believe. Emerging research shows that multitasking leads to errors, lower-quality output, and less productivity.

Another takeaway is the mental and emotional impact of having so many things pulling at a worker’s mind at any given moment. It is stressful!

How does a business refocus and promote a more efficient work environment?

How Can We Help?

If you or your team need help to identify obstacles and challenges in your workplace situation, contact Theresa, or visit our Contact Us page to schedule a 30-minute Complimentary Conversation. Reaching a goal is a journey, and Success Trek is here to take that journey alongside you.

The Cost of Not Paying Attention

Reaching a goal is a journey, and Success Trek is here to take that journey alongside you. Whether we are helping you develop a strategic plan, facilitating a skills workshop, or writing a procedure guide, we will guide you through obstacles and challenges with the tools and support for success. The process starts with a 30-minute Complimentary Conversation. 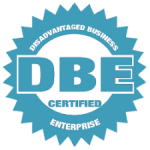